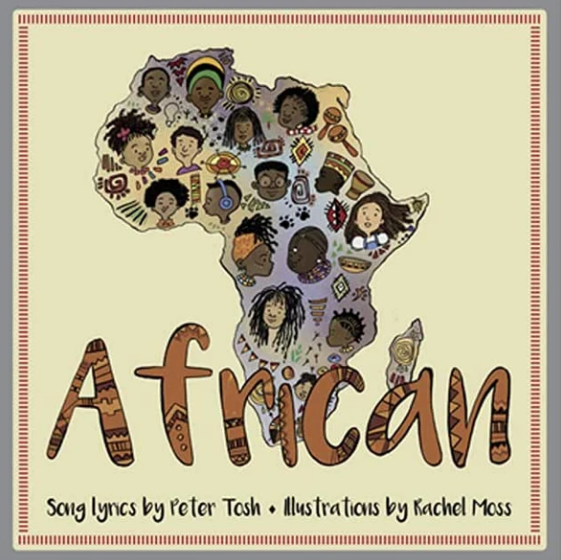 So don’t care where you come from
As long as you’re a black man, you’re an African
No mind your nationality
You have got the identity of an African

African is a children’s book featuring lyrics by Peter Tosh and illustrations by Jamaican artist Rachel Moss. The song “African” by Peter Tosh was originally released in 1977 on his second solo record, Equal Rights. He wrote the song during a time of civil unrest in Jamaica as a reminder to all black people that they were part of the same community. The album is considered one of the most influential reggae works of all time. African is available for purchase on the Peter Tosh website Official Peter Tosh Store.